At the 2017 Phoenix Comicon I had the pleasure of being a panelist alongside three amazing women to discuss the female perspective of horror. The panel went over female stereotyping in horror, the difference between how male and female anatomy is censored, and why women enjoy horror when it is typically considered a genre for men. This made me think of various female characters in horror films that could be considered role models. These are the women who are strong, independent, and break the mold of what we typically see of women in horror films. Here is the list of my top 5 favorite female characters in horror:

5. Clarice Starling (Jodie Foster) – The Silence of the Lambs 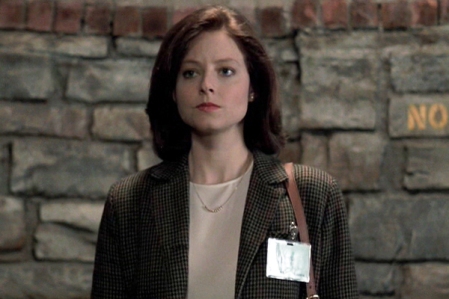 Clarice Starling is one of the few female law enforcement characters in horror films that isn’t a caricature. She is strong, intelligent, and determined to make a name for herself in a male-dominated field. Starling is also completely fearless. She mentally takes on Hannibal Lecter, and physically takes on Buffalo Bill. Clarice Starling is also a standout because she is not defined by her relationship with a man. Many times during The Silence of the Lambs she is hit on, but she barely even acknowledges it because her career and the case are more important. Starling should be every woman’s role model.

This is probably one of the more odd choices for my list. I am not saying people should aspire to be like Baby Firefly because, let’s face it, she’s a psychotic murderer. Instead, she is on the list because she plays a unique role in the horror world. Most of the time when a horror film has a female villain, she is doing evil things for a specific reason. Sometimes that reason is revenge, sometimes it is fear, sometimes it is because of childhood abuse. Baby Firefly is one of the rare female horror villains that does evil things simply because she enjoys it, like we see with many male horror villains. I would love to see more evil women in horror like Baby Firefly.

It’s no secret that A Nightmare on Elm Street was my first horror film. Nancy Thompson is on my list because she is not your average slasher film final girl. Leading up to this film, final girls mostly just survived or they were saved at the last second by a man. Nancy is different. When she learned that her life and the lives of her loved ones were in danger, she gets to work. Not only does Nancy study up on the killer, but she even studies survival tactics and traps in order to defeat Freddy. Nancy is the first well-known final girl to truly go into defensive mode and try to find a way to not just survive, but eliminate the threat. If you ever find yourself being hunted by a psycho killer, be like Nancy. 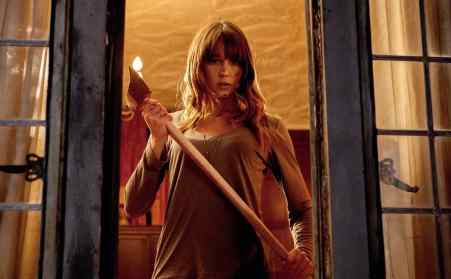 Erin is a more recent final girl, but she is definitely one of the most amazing. As soon as people start getting picked off in You’re Next, Erin is ready. She takes the skills she grew up learning and uses them to her benefit. Not only does Erin keep herself calm, but she also tries to keep everyone else calm and safe throughout the entire film. She puts her survival skills to the test by finding the most logical solution to each problem she encounters, and even sets a few brilliant traps to try to stop the attackers. Erin is one tough lady, and someone I would want by my side if I were in a slasher film.

Ellen Ripley, the epitome of a female horror role model. While the first Alien film is probably the only one that can truly be called a horror film, she is still number 1 on my list. Ellen Ripley is a complete badass, and she is probably the first woman in horror that takes on traditionally male roles. She is strong, she is a leader, and she is determined. Ripley is another female character that often takes on the leadership roles that would normally be played by a man. Not only does she excel in this role, but she also doesn’t take any crap from the men that try to challenge her. What’s even more amazing about her is that she will always do her best to save everyone, not just herself. She even saves a cat from the terrifying Xenomorph!