I Baked Him a Cake (Short) 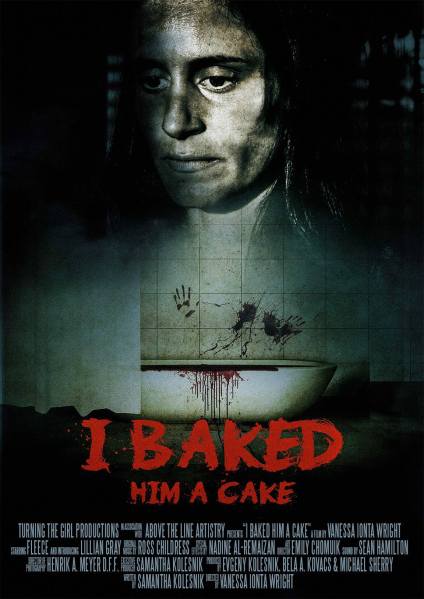 A young girl wakes up the morning of her father’s birthday. She is excited for him to come home from work to celebrate. As she goes through the day baking a cake for her father, the young girl notices her mother’s increasingly strange behavior. What’s even more strange is that her father is late coming home and her mother may have something to do with it.

The simplicity of I Baked Him a Cake is a strength as well as a weakness for the short film. The simple plot allows director Vanessa Ionta Wright to focus most of the short film on the palpable tension that builds as the story progresses. We, as the audience, know something terrible has happened right from the beginning, but the young daughter has no clue. The building of tension doesn’t rely on impending death, but it does rely on keeping the audience guessing as to how long the mother will let her daughter think daddy is simply running late from work. While this is a very interesting and effective method of storytelling, I found myself with a few too many lingering questions. I enjoy when short films leave loose ends, making you want either a short sequel or for the short to be expanded into a feature length film, but this short left things a bit too open.

I Baked Him a Cake has two actors total, which leaves little to no room for error. If someone isn’t performing well it will stand out like a sore thumb. Luckily, the performances in this short are very well done and stand out for all the right reasons. Fleece (The Perfect Murder) delivers an unnerving performance as the mother. I got an unexpected laugh from her when she explains away a substantial amount of blood by claiming it is due to “that time of the month.” What makes it so funny is her deadpan delivery of the line. Throughout the short, Fleece makes the mother seem more and more disturbing as she continually lies to her daughter while disposing of the evidence of what truly happened to her husband. Lillian Gray (Leshyapa) also goes a great job as the daughter, Lenora. Lenora is at the age where she is old enough to know something isn’t quite right, but young enough to believe what her mother tells her. Gray portrays that delicate balance very well.

A strong aspect of this short film is how visually interesting it is. This visual interest isn’t achieved with any kind of practical or CGI effects, like many films in this genre. Instead it is the simple use of darkness and light that makes many of the scenes appear quite beautiful. Each scene is primarily in darkness, giving the home a dark and gritty appearance. Yet there is also a place of brighter, usually natural light (i.e. candlelight or light coming in through a window) that draws your eye where the filmmakers want it to go. The cinematography, combined with the use of shadow and light, adds to the otherwise simplistic short film.

I Baked Him a Cake is a compelling character study that expertly plays with light to catch the eye. The performances from the two leads carry the short, and the overall look of film is enough to hold my interest. While the short does check most of the boxes I looked for, such as working as a short film while still making me want more, I can’t help but feel I am left wanting a bit too much. There are just a few too many questions and not enough answers throughout the plot. Despite that, I Baked Him a Cake still brings something original by shifting the focus from death to the aftermath.