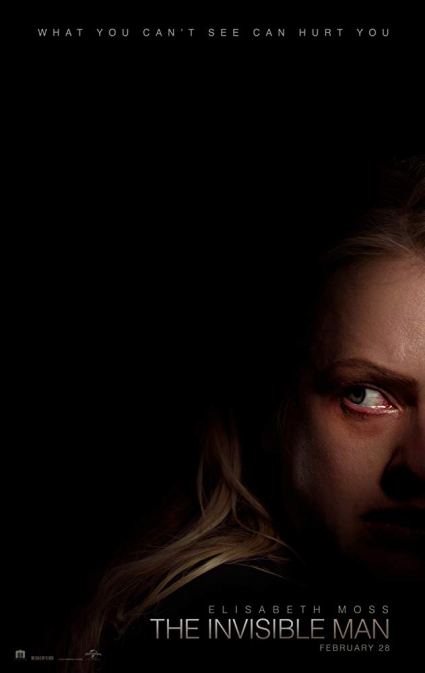 Cecilia finally left her abusive ex. Shortly after, she gets word he’s killed himself. Cecilia believes her nightmare is finally over. Then strange things begin to happen, making her think she could be losing her mind. Her nightmare is only just beginning.

Horror favorite writer and director Leigh Whannell (Saw, Upgrade) brings an updated take on the classic Universal monster film with The Invisible Man. This iteration of the film focuses on Cecilia as she finally escapes the clutches of her emotionally and physically abusive boyfriend. She then learns that her ex killed himself and left his fortune to Cecilia. Her life finally starts to be going on the right track, until things take a turn. What starts out as small accidents, such as misplacing something, quickly escalates. Cecilia knows her ex is alive and trying to continue to ruin her life. The problem is, no one believes her. It gives the film a great updated edge, while also updating the source of the invisibility. This time it’s a purposeful, technological advancement that makes sense without the need for over-explanation. There may be a twist or two that seasoned horror fans will see coming, but it doesn’t take away from the overall enjoyment of the film.

There are so many aspects of The Invisible Man that not only make a great feminist film, but it’s also just a fantastic thriller. Cecilia is a battered woman. She stayed with her ex for far too long out of fear of what he would do and because he convinced her she couldn’t escape him. As if that wasn’t bad enough, he uses his brilliance to pull off the most invasive and traumatizing gaslighting I have ever seen on film. Cecilia has to fight to be believed by everyone from the police to her best friend to her own sister. At times, even the audience may question Cecilia’s sanity, even though we know the truth behind it all. Her struggle to break free of the cycle and to be believed is one many women can relate to all to easily. Inserting this into an updated monster movie creates heightened suspense that will keep the audience white-knuckled and on the edge of their seats. This ex is not only a terrifying monster, but he’s also a very real monster (despite the invisibility aspect). That almost makes The Invisible Man more terrifying than any other Universal monster.

While this film as a fantastic ensemble cast, we need to talk about the unstoppable talent that is Elizabeth Moss (The Handmaid’s Tale, The Kitchen) as Cecilia. At the start of The Invisible Man, Cecilia is a terrified, battered woman trying desperately to escape. Moss is truly haunting as she portrays this woman evolve from someone debilitated by fear to a strong heroine who knows she can only rely on herself for survival. What is especially mesmerizing about Moss’s performance is how she eventually gets to an almost primal state of being as she fights tooth and nail for that survival. Moss clearly carries the weight of the film, but it important to also note Oliver Jackson-Cohen (The Haunting of Hill House, Emerald City) as Adrian. We might not see much of Adrian in the film, but Jackson-Cohen’s portrayal of this all-to-human monster is sure to chill audiences to their core. Other great performances come from Aldis Hodge (Hidden Figures, Straight Outta Compton) as James, Storm Reid (A Wrinkle in Time, Sleight) as Sydney, and Harriet Dyer (Killing Ground, No Activity) as Emily.

Because the film is called The Invisible Man, naturally the attacker is unseen throughout a majority of the film. The filmmakers still manage to make his presence known with very simple and subtle techniques. Probably the most simplistic method is drawing focus to a specific spot on camera. It may appear there is nothing there, but by focusing on a single spot, potentially even slowly zooming in on that area, we know he’s there. Often times the audience is just barely able to see something move when Cecilia has left the room. When we do finally see Adrian in his suit that allows him to become invisible, it is a basic design achieved with a combination of practical and CGI effects that is sleek, modern, and function. It is a perfect look for this modern age tale. Be sure to also keep an eye out for lots of Easter eggs hidden throughout the film from homage to the original Invisible Man to nods to some of Whannell’s past films.

The Invisible Man expertly brings the classic Universal monster flick into the modern age. It is an enthralling tale of resilience and survival against a familiar evil. Whannell truly knocks it out of the part with his variation on the classic tale. He took a much simpler approach while making this film than past Universal monster updates, and that likely is a large part of why The Invisible Man is a hit. Even those who don’t like horror films should see this film for the compelling message it sends and to see Moss’s visceral performance. This is sure to end up on many “top 10 of 2020” film lists.