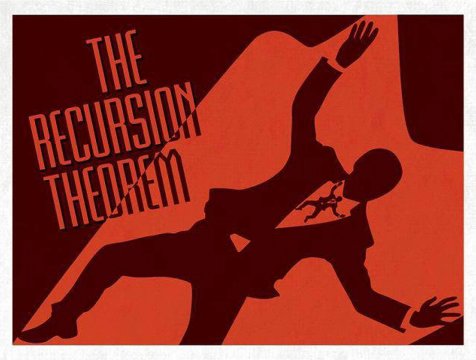 A man wakes up alone in a room. He doesn’t know how or why he is there. No matter how hard he tries there doesn’t seem to be any way out of the room. What’s even more strange is that the room appears to defy all the laws of physics. Is he in Hell? Is he in another dimension? Will he ever escape?

The Recursion Theorem is the second film venture by writer/director Ben Sledge. He truly knocks it out of the part with this short film. It is a short that would fit right in as an episode of The Twilight Zone, and even has scenes that are reminiscent of The Shining. The concept of a man waking up trapped in unfamiliar surroundings is a smart and simple start. It is what happens after the man wakes up that makes Sledge’s story unique, interesting, and at times even funny.

The thing that makes The Recursion Theorem stand out the most is the performance by Dan Franko (The Night Watchmen, Veep). Considering the fact that there is only one person in the entire short film it is incredibly important to cast someone who can captivate audiences. Franko excels in this as the ill-fated Dan Everett. We see Dan go through all the stages one would expect when realizing you are locked in an otherworldly prison. He feels anger, hysteria, insanity, fear, and everything else in between. Franko perfectly portrays the array of emotions and gives viewers a multifaceted performance. He single handedly carries the film and holds your interest through to the end.

Along with a compelling story and great acting, this short also has beautiful imagery. The cinematography is outstanding. Some of the shots are framed so perfectly that they are truly works of art. Since the filmmakers chose to film the short in black and white it it was wise to focus on the cinematography. It adds a lot of visual interest that may normally by lost by the lack of color. The effects, while quite minimal, are also well done – specifically in one scene where Dan’s body seems to appear in a wisp of smoke. It is a small effect, but it is so well executed. It has a finesse that one might not expect from a short film.

The Recursion Theorem is a masterful descent into madness that will bring you back to the Twilight Zone era. It makes me wish Sledge would do his own reboot of the series, as this short film is evidence he would do it justice. The film has a fascinating story, is insanely well acted, and is very pleasing to the eye. While I normally want short films to leave me wanting more of the story, The Recursion Theorem doesn’t quite do that. I think it is great just as it is. Instead it makes me want Sledge to do more similar work, and it makes me want to see Franko in many more screen roles. I think we will be seeing great things from them both in the future.

You can view the short film by clicking here.