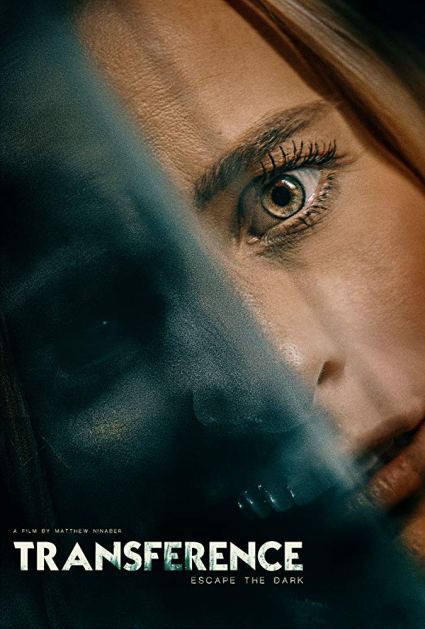 Orphaned twins Joshua and Emma are in hiding. Emma has strong supernatural abilities, but she isn’t able to control them. Joshua does his best to protect his sister and keep her hidden from the outside world. Yet they will both soon learn some things can never be contained.

Transference is the latest pseudo-superhero film trying to bring something different to the subgenre. Director Matthew Ninaber (Extraction Day, Last Run) co-wrote the film along with Jennifer Lloyd (Extraction Day) and Aaron Tomlin, the latter making his feature film debut as a writer. The film starts at a very intense, stressful point for the twins. From there, we see Emma being held in captivity by Joshua as he tries to find a way to make her better. The film deals with a lot of different themes and some new ideas. Some areas the film glosses over are the death of their father, being adopted by a priest, others with abilities, those who wish to control Emma, and the connection between twins and how it relates to Emma’s abilities. Unfortunately, many of these themes are never fully realized. There is a lot of information that is lightly touched on, but by the time the film ends it doesn’t seem as though any of the mysteries set up are ever resolved. I can understand wanting to maintain an air of mystery, but these go to an extreme and the film doesn’t appear complete.

While the writing of Transference leaves a bit to be desired, the actors do their best with the material to deliver compelling performances. Jeremy Ninaber (Extraction Day, Forest Fairies) stars as Joshua. While I don’t feel like audiences really get to know Joshua, aside from his love for his sister and anger issues, Ninaber does his best to try to convey the inner feelings and turmoil of this character. Melissa Joy Boerger makes her debut in this film as twin sister Emma. Much like Joshua, we don’t get a lot of information about who this character is beyond her abilities. We know she is powerful and we know she has issues with drugs and depression, but there isn’t any clear reasoning behind her actions. Boerger does a good job of playing the different sides of Emma, but without knowing why she does the things she does the character ends up coming across as disjointed. Aaron Tomlin (Extraction Day, Last Run) plays Malcolm, a man who Joshua brings to try and help his sister. Tomlin’s performance is interesting because his intentions are never really clear, giving him a somewhat sinister aura that comes through the screen. It would be interesting to see the actors in these roles if the characters were better developed, but they do a fine job with what they are given.

Since this, at its core, is a superhero film, it is important to have some great fight scenes and effects to show the supernatural abilities. Emma is able to do different things, but one major ability is that she can move things with her mind. The filmmakers chose to have this visually manifest as what looks like sound waves moving through the air. This is a wise decision because it is a simple CGI effect that makes a striking visual impact. Joshua, on the other hand, likes to use his fists. There are some nicely choreographed fight scenes that are entertaining to watch and at times are almost dance-like. These artistic elements help hold the viewers’ interest.

Transference throws a lot of interesting ideas at the audience, but these ideas never stick or have a coherent resolution. This makes the film just okay; there isn’t necessarily anything I dislike about it, but there also isn’t anything to truly keep me engaged. This may be an issue of too many cooks in the kitchen when it comes to writing the script, however, this film shows potential. It has nice visuals and the performances are strong in light of the material the actors are given. Transference might not be a hit, but it’s intriguing enough to make me interested in what these filmmakers will do next.