There has been a lot of clashing in the film community on social media. Much of it has been men targeting and attacking women for having a different opinion than they do. The opinions women are attacked for are often that a film with a feminist plot is good, entertaining, and/or has a great message. The fact that men attack women for these opinions is absolutely insane.

In honor of those troglodytes, I’ve created this list of five feminist films for women to show men (especially ones they are considering dating) in order to weed out the cretins from the good guys. To be clear: men don’t necessarily have to like all of these films since everyone has different taste. But if they sympathize with the men I point out in each film, or they’re against the feminist messages, then it’s time to kick them to the curb!

Many people seem to forget the feminist message sent in Black Christmas, but if you watch it again it will become glaringly obvious. In this classic slasher, we watch Jess (Olivia Hussey) as she reveals to her boyfriend that she is pregnant and intends to get an abortion. Her boyfriend, Peter (Keir Dullea), immediately reacts by trying to control Jess and force her to keep the fetus. However you feel about abortion, one person should not have control over another person’s body.

Peter, and his reaction, is clearly portrayed as a villain in the film. I’ve heard people say Peter is meant to be a red herring in the film, making the audience believe he could be the killer. To me, it was obvious he was never the killer, but he’s just as villainous as the serial killer. Both Peter and the killer are trying to ruin Jess’s life in their own way. If a man agrees with Peter and thinks he should have been able to force Jess to keep her pregnancy, effectively taking away her autonomy and destroying her life, then get rid of him now!

This might be the least obvious choice on this list, but hear me out. In You’re Next Erin (Sharni Vinson), who is arguably the most badass final girl ever, has to fight for survival as a trio of masked men attack a family get-together. The twist comes when she discovers her own boyfriend, Crispian (AJ Bowen), was in on the murder plot in order to inherit his family’s fortune. While Crispian insists the plan was for Erin to survive as a “witness,” the betrayal and living hell he put Erin through leads to her stabbing him in the neck.

It’s bad enough that Crispian plotted to kill his family, who he didn’t seem to care much for, but to put the girlfriend he supposedly loves in danger is taking it too far. Erin was attacked, stabbed, chased, beaten, and almost killed by multiple people throughout the film. All of this is because her boyfriend and one of his brothers wanted the family’s wealth. If the person I loved and trusted put me through all of that, I wouldn’t care if he had instructed the killers to keep me alive; I would also stab him in the neck. If a guy you’re dating thinks Crispian did his best to keep Erin safe, run away immediately! 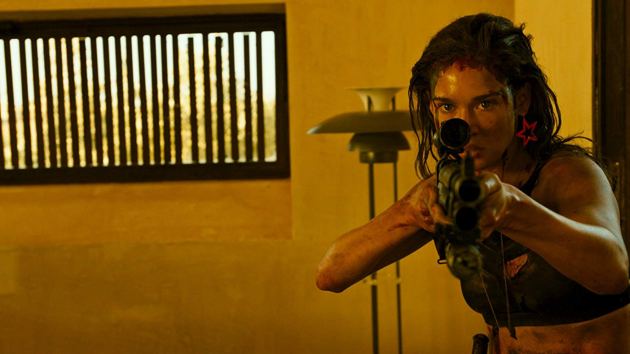 Horror fans are very familiar with the rape-revenge subgenre of horror. What makes Revenge a bit different is how the lead, Jen (Matilda Lutz), is portrayed. She isn’t the typical demure, innocent young woman typically seen in these films. She dresses provocatively, she flirts and dances with different men, and she is dating a married man. Jen is raped by the friend of her boyfriend. Then, instead of defending her, the trio of men push her off a cliff and leave her for dead. It is very satisfying to watch her take her revenge.

Unless you’re dating a complete monster, chances are they are against rape and will root for the victim seeking revenge in these types of films. Yet, because of the way Jen is portrayed, there are some men who don’t feel like she is justified in killing the men who wronged her. That’s why her character is so important, because it reinforces that what you wear or how you act doesn’t matter; no means no. If you know a guy that thinks Jen is just a slut who got what she deserved, kick him in the balls and kick him to the curb! (Full review here)

One of the most popular horror films of the year, Midsommar takes the audience on a journey with Dani (Florence Pugh). Dani’s boyfriend, Christian (Jack Reynor), is a terrible boyfriend. He doesn’t seem to really want to be with Dani, but he stays with her out of familiarity and continually emotionally manipulates her and cheats on her. Watching how horrible he is to Dani, and to their friends, makes it all the more satisfying to watch his fate fall in Dani’s hands. The moment Dani finally smiles as Christian burns alive is quite the cathartic moment.

All of Christian’s actions in the film are for his own personal gain, including his manipulation of Dani. Even after everything she goes through with losing her entire family, he can only think of himself. It’s fine if you think Christian maybe shouldn’t have been burned alive. While I think it’s fantastic and well deserved, it can be interpreted as a bit extreme. Yet, if you’re with a guy who doesn’t see anything wrong with Christian’s treatment of Dani and their friends, definitely ghost his ass! (Full review here) 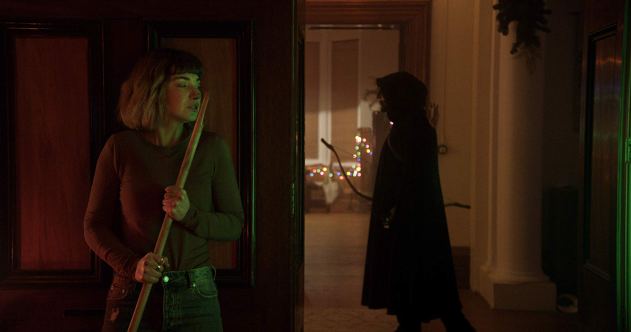 This newest re-imagining of Black Christmas has been engulfed in controversy. The only reason for the controversy: it has a feminist message that tells men their time is up, and they can’t get away with treating women like garbage anymore. This film depicts a group of strong, independent sorority sisters being hunted down and killed by evil frat boys. These guys are condescending, misogynistic men who are prone to violence against women. Unfortunately for them, these women fight back, and they make the frat regret coming after the sisters.

Even before the film was released, men were complaining about the message of this film. They make all sorts of claims about all the different reasons this film is going to suck when it all comes down to one thing: they can’t handle feminism and women being shown as strong enough to take down men. The film isn’t perfect, so it’s one thing for them to simply not enjoy the film. If a man doesn’t agree with the message the film sends or he thinks this message isn’t important, leave him out with the rest of the trash! (Full review here)